The History of
Mortons Funeral Directors

It’s in the family

Mortons Funeral Directors has a proud and established history. Formed by Albert Morton in 1898 the name of Mortons became synonymous with high standards of care for bereaved families throughout the Northfield and surrounding areas.

In those early days, when horse drawn transport was the norm, Albert would often be seen carrying out his vocation throughout the locality with an air of dignity and ceremony which endeared him to those he served. He even handmade the coffins and was immensely proud of the service that he gave.

In 1932 Albert’s son Victor joined the family business but his role was interrupted by the war years when, in 1939, he served his country in the RAF as a mechanic. Sadly Albert passed away in 1941 whilst Victor was still with the RAF and so up to his demobilisation in 1946 the business was run by Albert’s wife Caroline.

Following Victor’s return from the war the business soon relocated to premises on Bristol Road South in the centre of Northfield where the Head Office is still located today (though much changed and improved since the post war days of course).

You can call our 24 hour call out service on

Want to know more about Mortons?

Maintaining tradition was at the heart of what Victor did and he would lead the cortege away from the client’s home for a short distance on foot – a tradition which to this day is still carried out by Mortons. 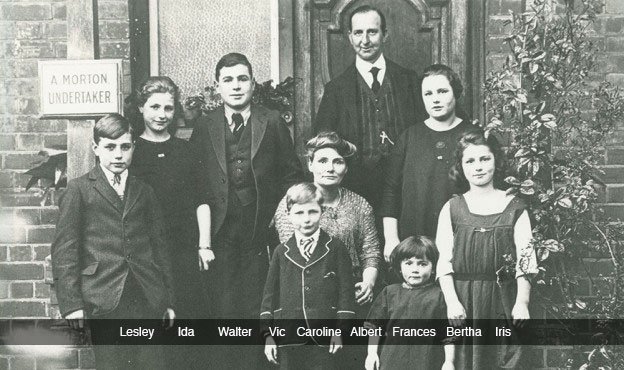 Victor maintained the high standards set by his father and continued to establish the business as one which could be relied upon to provide a level of service second to none. During this time, the funeral business was managed by Victor and his wife Ivy, alongside a Monumental Masonry business and more unusually, a thriving taxi service. Victor and Ivy had two sons – Grant and Miles who were both destined to carry on the family tradition.

Following Victor’s death in 1968 Grant and Miles took control of the day to day running of the business alongside their mother and whilst the best traditions were continued, more contemporary practices were also adopted to keep pace with the changing needs of the local community.

In 1982, as part of their development plans, Grant and Miles appointed Derek Case to assist them with the future development needs of Mortons. In the same year the Rubery office was opened, followed by the Cotteridge office some 12 years later.

By 2005 Derek Case had become Managing Director with a remit to steer Mortons in a modern and ever changing world. Derek’s daughter, Sarah Case had started working in a part time capacity whilst completing her Law Degree. She found the work so rewarding that she gave up the law and joined in a full-time capacity when her studies were completed in 2005, thus starting another ‘family tradition’ albeit outside the original Morton family.

Sarah passed her Diploma in Funeral Directing examinations in 2011 and has developed her skills massively within the company since then and now holds the position of Assistant MD alongside her Dad. 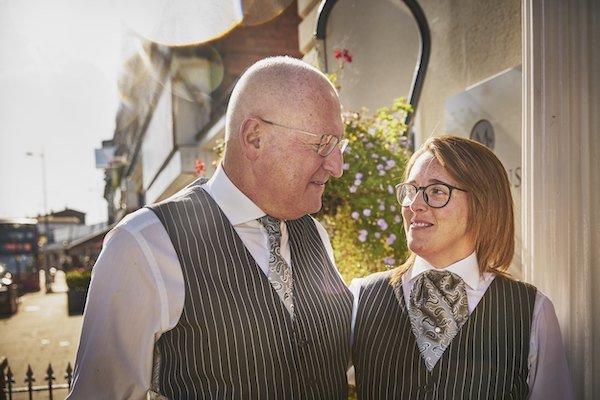 When, in May 2015 Miles Mortons retired from the business, it seemed the right and natural course for Derek and Sarah Case to take ownership of the company, ensuring that the high professional standards that Mortons Funeral Directors have become renowned for will continue long into the future.

In September 2016, Derek Case celebrated 40 years within Funeral Service and declared himself very lucky to able to serve the community in a way that can make such a positive difference to someone at a time of deep distress. He continues to feel that his role is immensely challenging, but also very satisfying.

Mortons continue to make investment in their staff recruitment, training and uniforms, together with improvements to their facilities and the vehicles they use. They have recently completed a major refurbishment of their Rubery office and have already made substantial modernisation to the head office in Northfield. Work to refurbish the Cotteridge office is underway.
All Mortons’ staff derive great satisfaction from delivering the best possible service to bereaved clients and they have a management team which promotes leadership by example. They remain focused on buying British wherever possible and ensure that the highest ethical and moral standards are applied in all that they buy, use and deliver to others.

Wish to thank all staff at Mortons for being helpful, caring, understanding at my fathers funeral. Used the same director at mums funeral 10 yrs ago so recommend. Made the day a bit easier on a sad day.